How Often Are You Up Close – And Personal?

It’s easy to get lulled into this false sense of reality isn’t it? 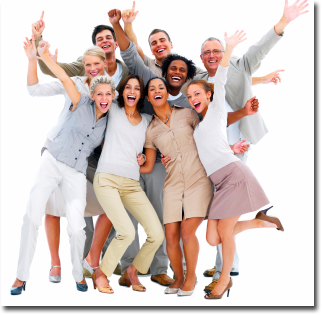 Instead of picking up the phone to speak to someone, you drop them an email or send them a message or a text. Instead of dropping someone a note, you can instant message, Skype message or send them an eCard. Instead of going to a networking event, social gathering, exhibition or event, you can show up online. All of these ways of being in touch, of showing up on the radar, are virtually instant and take very little effort. They work too, to an extent. There’s also a darker side too, a sense of disconnectedness.

What I also know to be true is this. There is nothing like being there in-person, in-the-room and pressing the flesh with other people. The energy, the sense of connectedness, the opportunity to take yourself out of your environment and put yourself in another, all adds to the mix and what comes out of that is so very different than being ‘virtual’.

Don’t get me wrong. I’m the first to enjoy, leverage and actively revel in all the gizmos and ways of working with people virtually. It’s something I’ve come to love about working in this ‘small world’ way. Working with a client who was based in Melbourne and mentoring her to navigate herself successfully to a promotion proved the point. We never met and are unlikely to.

What is often underestimated though is how disconnected we can feel and be perceived, when we take ourselves, our personalised selves, out of the mix too much and too regularly – often without necessarily being conscious of it.

Let me ask you a few quick questions.

I know, like me, some – or all – of your answers will be a ‘Yes’. I ask myself, just before sending an email or text, is this the best way to be in touch today?

Clients constantly tell me that they can’t “get people to do what they want them to” or they struggle to get people to respond to them. When pressed, it’s often because they lack connection with the other person/s. That’s where the secret of ‘pressing the flesh’ or personalising can change things in an instant.

You don’t have to spend your life bouncing around the world on planes or being so busy going to meetings or writing notes you never give yourself time to implement or think. No, of course not. I don’t either. 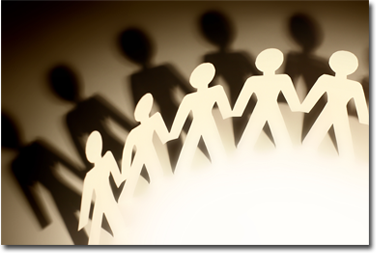 Here are a few starters for you if you decide to show up ‘personally’ more than you are.

Daniel Goleman who wrote the transformational – and much quoted – book ‘Emotional Intelligence’ says “When we focus on ourselves, our world contracts as our problems and preoccupations loom large. But when we focus on others, our world expands. Our own problems drift to the periphery of the mind and so seem smaller, and we increase our capacity for connection – or compassionate action.”

I believe he’s right. A big piece of that is coming forward to make a personalised – not impersonalised – connection. Go on, I dare you.

← Research & Be Curious How To Be A Good Leaver →